In 1981, Games magazine published a contest that challenged readers to submit short compositions in prose or poetry using only three-letter words. I entered the following poem:

The Blk-Hat Kid was big and fat—
Had one big gun and one blk hat.
The Kid was bad; the Kid was low.
The law had not yet got him, tho’.

One day the Kid had out his gun.
Bam! Got Big Tex—jus’ for fun.
Sal got her gun and off she ran
For the Kid, for Tex had bin her man. 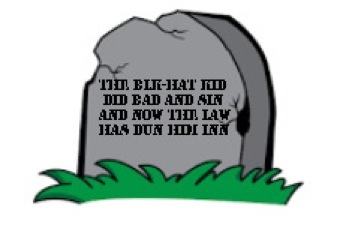